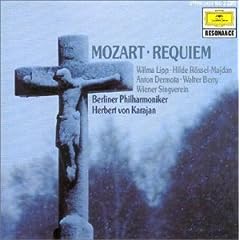 Hello there! Saturday it is. I’m sitting here listening to the above CD, that my good friend Gerhard gave me the other day when he came to see me. He knows I LOVE Mozart and especially the Requiem which I simply find fantastic. I had it on LP, but never got round to buying it. Never mind now I’ve had this, which is almost the same and also with J Herbert Von Karajan, like the one I had.This is with Berliner Philharmonics and the one I had was with Wiener Philharmonics I think. Don’t take my word for it. I just found it, so underneath here is the one I had on LP and I haven’t studied differences but I will later. If you click on the photo, you’ll come to where you can buy it, it looks like theis and is also available at Amazon: 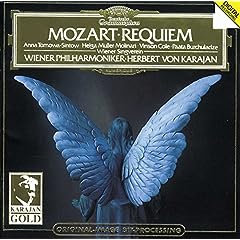 It suits the mood 🙁 . I had somewhat of a dissapointment yesterday,An old friend and potential boyfriend let me down. If it’s the end of our friendship and those dreams I don’t know. We’ll have to se. For now there’s not going to be any form of keeping in touch whatsoever. Thought I had my share of dissapointment, and he knows that very well. In my naivity I thought he’d do anything to shelter me from more of all people. He’s not doing a good job of it, I must say. But the damage can still be repaired – we’ll see. He knows where I am and what “the deal” is so he can get in touch if he wants. Then we’ll se if I’ve moved on or what.
On the bright side, I’ve done something possitive with the agressions/frustrations and emptied the room in the loft. Now it’s empty!!! Jubii!! Apart from that I had a sweet mail from my friend Jakob, and written back to him, and a bunch of other people I owed an answer.
I’m tired now, and have just eaten and I’ll go and sit in the large chair and relax.

Translate into your language